De Beers VP Says Slowdown in Smalls is Largely Cyclical, Not Due to Impact of Lab-grown Diamonds 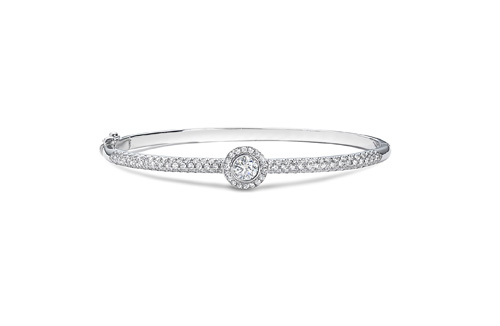 The segment of the diamond industry dealing in lower-priced and smaller-sized stones has gone through a rather difficult phase over the last few months. While the most recent sales figures released by De Beers and Alrosa, as well as the trading statistics from AWDC, indicate that there could be some signs of a turnaround, however weak, the market is still far below the levels of a year ago.

What were the reasons for the slowdown? Are they reflecting the start of a longer-term shift in the industry brought about by the growth of synthetics or lab-grown diamonds? Will the market for small natural diamonds regain some sort of stable equilibrium?

We posed some of these questions to Stephen Lussier, Executive Vice-President, Marketing, De Beers Group, who was in Mumbai last week, asking him to discuss them in the context of the company’s Lightbox initiative that was unveiled for the US market in 2018.

“There is no fundamental change in the small diamond segment,” he asserted. “The slowdown in the smaller sizes that was witnessed during the second half of last year is mainly cyclical – it is driven primarily by demand-supply dynamics.”

Elaborating further, he said, “While the first half of 2018 was very good, there was a pile up of inventory in the midstream during the subsequent period, primarily on account of the situation in three of the most important markets for smaller sizes of diamonds – India, Turkey and the Middle East.”

Lussier explains that in all these markets, demand was affected by problems linked to the economy, especially foreign exchange fluctuations, largely external to the diamond industry. “Turkey was devastated by the drop in currency values and the Middle East was subdued. India too was affected by volatility in the rupee and its fall against the dollar.”

He believes that these are relatively short-term issues and as stock moves through the pipeline and inventory at the mid-stream begins to clear, demand for smaller rough will pick up too.

Two other factors will impact demand and supply over the medium term, says Lussier. Firstly, the fact that Argyle, the largest supplier of small rough diamonds for the past couple of decades is moving to the end of its life-cycle. “Within a few years it will no longer be a source of supply, significantly reducing the amount of small rough entering the pipeline.”

At the other end, the dynamics of the Chinese market will also come into play. “Fresh demand in coming from the Tier III and IV markets, and while consumers in the country still primarily want solitaires, this will change as first time diamond buyers come back for their fourth and fifth pieces. The demand for innovative designs will increase, driving use of smaller diamonds in the jewellery too,” he explains.

Lussier also states quite firmly that the launch of Lightbox jewellery, the De Beers jewellery brand with lab-grown diamonds targeted at the fashion jewellery market in the US, has not played any role in the current situation. “It is a misconception that there is any fundamental change in consumer behaviour,” he asserts. “In fact, we believe that the introduction of Lightbox will help in differentiation between the two pipelines and minimise the cannabalisation of small diamond jewellery segment by the LGDs.”

According to him, “In the US, melee is not used only in the US$ 99 and US$ 199 type of jewellery… in fact most melee diamonds are set in pieces that are US$ 1,000 and above – used a lot for complementing slightly larger stones to create compelling designs.”

Lussier points out that the immediate impact of Lightbox can be seen in the nearly 60% fall in the prices of small LGDs. “The prices are coming down to where they should be, and this is mainly because retailers have realised how large the margins of LGD manufacturers have been. They are now understanding the pricing dynamics for this category and are asking their suppliers why they are charging so much.”

Lightbox has also helped jewellers in the US understand the true value of these stones and the fact that they belong to different categories, he added, especially when they think of what their consumers who paid between US$ 2,000 and US$ 3,000 per carat for LGDs a few years ago find that these stones are now selling at less than half that price!

Not only do natural diamonds have value because of their rarity, they will also retain it for this very reason, Lussier says. “On the other hand, LGD jewellery bought today will not be worth much a few years down the line when fashion tastes change and new designs come into vogue. At that time there will also be ample supply for fresh pieces to be created using newly manufactured stones.”

Fashion jewellery, especially the kind that is popular among the youth, has always been dominated by lower prices and lots of colour. “Till now this has been achieved by using lower value products, gemstones of lower quality or other materials, all of which lacked the sparkle that diamonds could offer,” Lussier says.

“With Lightbox, we are reinventing this category – allowing for innovative designs that are light and trendy, with lots of colour and lots of sparkle. Along with white LGDs we have consciously introduced pinks and blues too – these are colours that are otherwise rare and hence more expensive in natural stones. Plus, the lab-grown pinks and blues have lots of sparkle too.”

The aim is to give young consumers something cool, something different, a product that like most fashion trends has a short shelf life and soon goes out of style. “The Lightbox consumer will want new jewellery to go along with each new apparel style, with regular changes each season,” he says.

How long will it take for complete differentiation? Lussier avers that when the coloured gemstone industry was at a similar stage, the artificially inflated prices of synthetic stones come down to realistic levels in about 18 months. “In the diamond industry the cycle may take a little longer. But it will definitely happen,” he feels confident.

Meanwhile, Lussier says that January and February have been good for the natural diamond industry. “Based on anecdotal evidence from our partners, there has been good demand for Valentine’s Day in the US, and some improvement in China too.”

Despite that, he still maintains that the industry has to tread cautiously. “The economic situation is better than a few years ago. So demand should rise. Yet, there is currently too much unpredictability to be sure about anything. Will the US-China tariff war get worse? Will Brexit finally happen or not? What will the results of the Indian election mean for consumer confidence? We will have to wait and watch.”

Pic caption: A diamond bangle from Forevermark in 18k white gold with 2.4 ctw

videos on the Indian industry :