Despite all the forecasts of economic malaise possibly affecting consumer spending on jewellery, the year 2023 may have some positive surprises in store, finds New York-based diamond analyst Paul Zimnisky.

Going into 2023, central banks around the world continue to walk a fine line attempting to cool economies in order to stymie multi-decade high inflation without causing a severe recession.

Record global economic stimulus during the pandemic years was the primary driver of record-high diamond jewellery demand in 2021, but it was also a driver multi-decade high inflation that became especially concerning in 2022.

For instance, the U.S.’s Bureau of Labor Statistics Consumer Price Index ramped to 4% in April 2022, spiking to 8-9% in June through August. While numbers have since slightly retreated from the peak, the price of a basket of goods and services in the U.S. is still a mid-to-high single-digit-percentage higher than it was a year ago. This compares to 2-3% inflation on average in the U.S. over the last 30 years.

The U.S.’s largest jewellery conglomerate, Signet, has recently noted that it has seen a “fall off” in the “lower-priced self-purchase” category in particular – specifying that it has seen weakness at “price points under $500.” 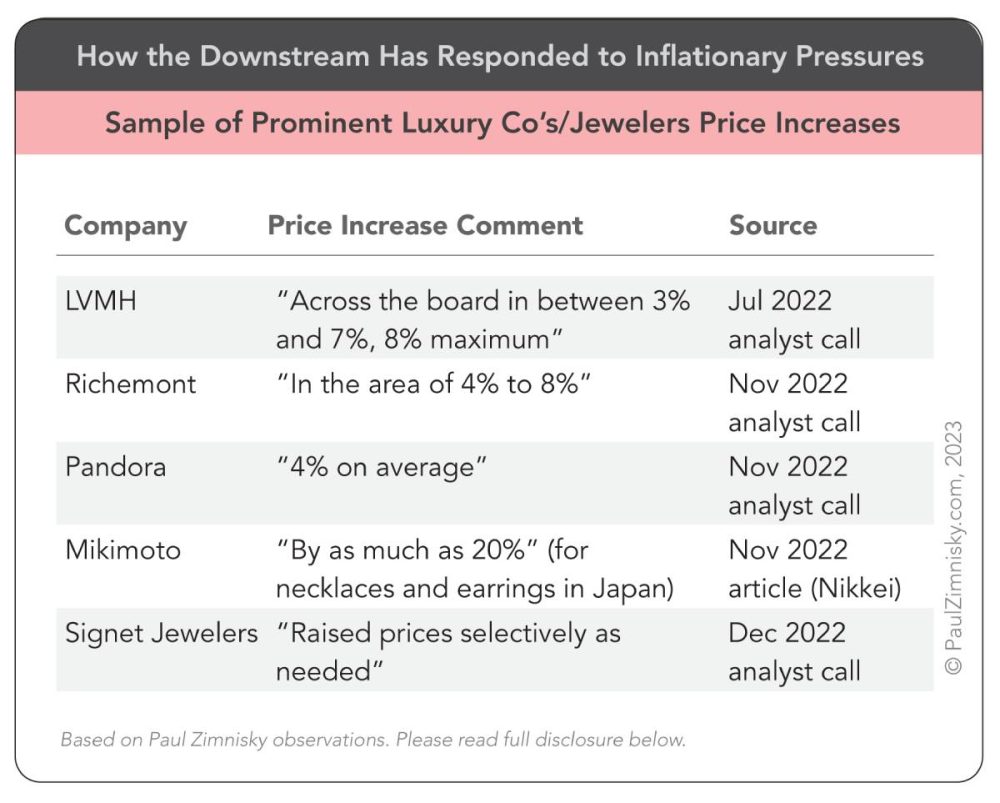 In late-2022 during an analyst call, Signet management said that it had “raised prices selectively as needed in response to inflationary pressures.” Signet has guided a low-single-digit-percentage year-over-year sales decline for the fiscal year ending January 2023 –excluding the impact of acquisitions.

Fast-growing online diamond retailer Brilliant Earth has said that it is “seeing a further lengthening of the decision-making process” of its customers given the current macro conditions. In November, the company cut its 2022 sales guidance for the second time in 6 months.

On the high-end, LVMH, the luxury-conglomerate and parent of Tiffany & Co. and Bulgari, recently said that it was on pace for another record year of jewellery and watch sales (through late-2022).

During an investor event in October, a company executive noted: “luxury is not a proxy for the general economy…we don’t necessarily sell to the average households, we sell to affluent people…our client base reacts to different stimulus.” Adding, “the luxury industry is not immune to recessions, but when it happens it doesn’t last very long.” 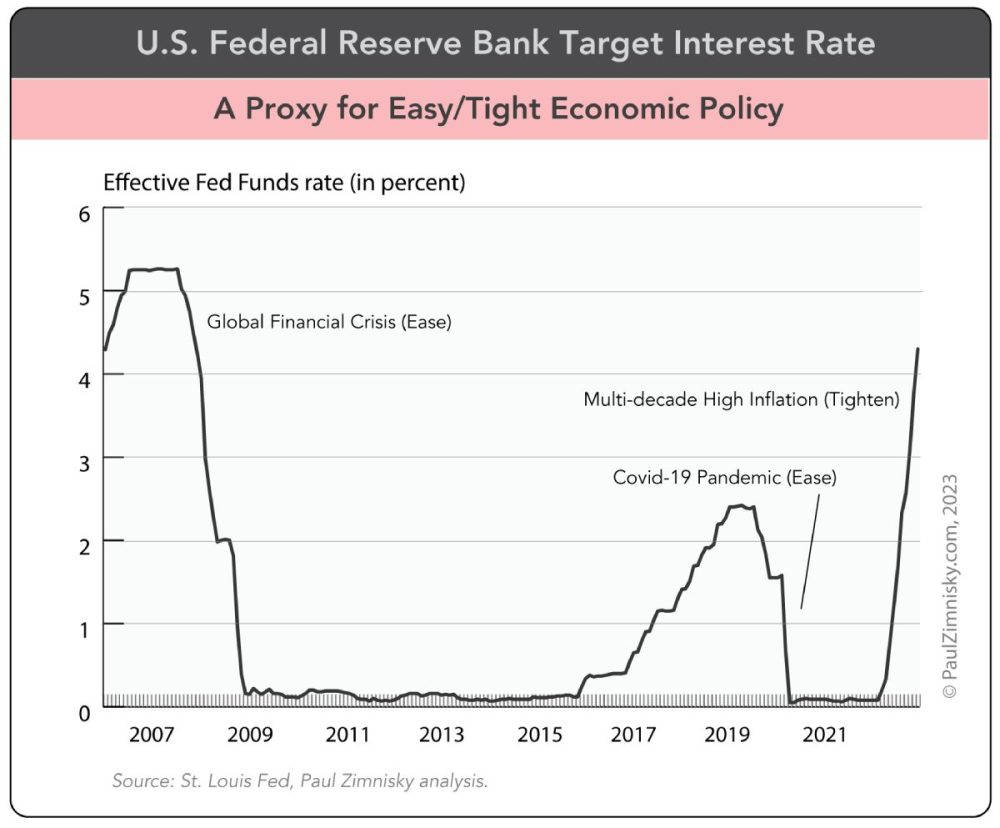 The company said that it raised its prices “across the board” between 3% and 7% earlier in the year in anticipation of inflationary pressure.

Looking ahead, the Fed Funds futures market, a predictor of U.S. Central Bank policy, is currently forecasting that the current monetary tightening cycle will peak in March at 4.75-5.00%, followed by a reversion to easing by year-end 2023 –the current rate target is 4.25-4.50% (see above chart).

The most aggressive sequence of relative rate hikes since the 1980’s will temper inflation – the question for the diamond jewellery industry remains how much collateral damage will there be to the economy and ultimately the spending ability of the consumer in the interim?

It’s worth noting that despite all of the dour sentiment, the IMF, the World Bank and the OECD, are all still forecasting positive gross domestic product growth in the U.S., China and the larger global economy in 2023.

Paul Zimnisky, CFA is a leading independent diamond industry analyst and consultant based in the New York metro area. For regular in-depth analysis of the diamond industry please consider subscribing to his State of the Diamond Market, a leading monthly industry report; an index of previous editions can be found here. Also, listen to the Paul Zimnisky Diamond Analytics Podcast on iTunes or Spotify. Paul is a graduate of the University of Maryland’s Robert H. Smith School of Business with a B.S. in finance and he is a CFA charterholder. He can be reached at paul@paulzimnisky.com and followed on Twitter @paulzimnisky.

The 2023 Union Budget fell short of its expectations for…

Launch Alert: A Bouquet of Jewels

Kaamya Jewels presents a refreshing collection of timeless yet modern…

Total jewellery demand in India for 2022 was down by…

Discover the latest collections, news, and exclusive launches from us.